One of the major issue India facing is deterioration of our Culture because of westernization, especially because of this IT. All the oldies and even modern youths complaint about where India is heading in terms of Culture, that we are losing our Originality, Core Religious Values, among many other things.

So here I decide that my New Year Resolution is to follow our culture and save it from extinction. But one big problem, since I was in the westernization bandwagon all this time, I don’t know what my culture, I dont know what should I follow. But that’s not a big deal, I learned some great secrets from Internet/Google and this time also I believe the same Internet magic will help me in finding and learning about my culture.

The essence of Hinduism and its culture is written in number of texts namely Vedas, Vedangas, Upanishads and many more. Since the people who concern about culture is arguing from a social viewpoint rather than a individual viewpoint, I decided to take up ‘Manu Smriti‘, the extra-ordinary text that very beautifully portrays how a society should function. Please read it, even if you dont know Sanskrit, it will be awesome.

This divine book splits the people in society into 4 varnas or classes:

and there are some outcasts, who are Untouchables. 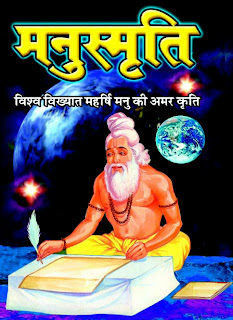 The current system has classified me as Most Backward Class (MBC), but I dont understand where MBC fits in the four varnas. I believe it should be either Vaishyas / Sudras. But I prefer to by Vaishya, since I studied in a similar college and ofcourse, I dont want to label myself a slave to the other classes 🙂

Nevertheless I found this system to be sooo perfect and natural. Deciding the occupation / life style of people based on birth. I wonder why this awesome system never crossed my mind all this years. I am so excited in realizing that even Gregor Mendel (Father of Genetics says the same. Its all in the genes. Its natural for a Sudra to give birth to a baby who is supposed to be a slave, because of genetics. I am proud to say that what the so called Science says now, was discovered by Rishis in India, some 1000 of years ago.
Also I was ashamed of myself now for many of my unideal, unrealistic, absolutely foolish beliefs. Lets take Abraham Lincoln for example. I always hailed him as a big personality. His father was a Shoe Stitcher and by all holiness, Lincoln also should have taken up the same job. But instead he became the President of USA and so what? USA paid for it on September 2011. You ask what the link between these two? You dont understand Hinduism yet. Its called *Karma* (cause and effect in science’s language)

Its so stupid that people of modern times believe in equality. How can people born under different varnas be equal when Manusmriti says not. Seriously people these days are insane in the name of free thinking / atheism and many other psychotic names. Even the Epics Mahabharata / Ramayana follows Manusmriti seriously (examples including Karnan, Ekalaivan, etc.,)
But our society has messed up so badly, I am afraid whether it could be fixed now. But as a fan of Naruto / Goku, I will never give up. So I am going to write a Petition letter to my Prime Minister, President to change our constitutions to reflect our culture, to follow the rules and regulations (Dharma shasthras) defined in the divine Manu Smriti.