Though I had Computer @ home since 8th Standard, I did nothing but gaming and exploring new softwares. It was in 10th Standard that I got Internet Connection in home. Till that point, it was not much difficult for me to stay away from all the `Internet Fantasies`, that my friends were exploring.

All the time from 7th standard, I was very eager to see all those `sex pictures` in Internet. More than the pictures of `Sexual activity`, I was interested in pictures of girls 🙂 But I restrained for 2 reasons:

And I am very proud of myself, for being moral and not watching those stuffs in Internet, unlike my other friends.
But once I got Internet at home, big confusions started. My curiosity were over ruling Point 1 and I know for sure, no one would know, If I just visited `sex sites` in home 🙂 and I can definitely retain my `Good Boy` Image 🙂

The Internal mind battle started whether to just watch the sex sites (atleast once) OR be a good boy and evade this thoughts altogether !!! But the good boy WON with one big self assurance. I was studying 10th by then. 11th, 12th, 4 years of college and 2 years of work, totaling to 8 years. So I promised myself to wait for 8 years, after which I would some how get married and can morally explore SEX with a real girl 🙂 wow, wow.. awesome awesome 🙂 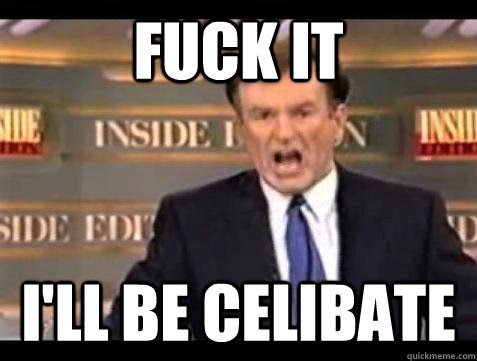 Whenever the intent to watch the sites arise in my mind, I used to say myself, “Just 8 years more. Let’s wait. Let’s wait. Let’s wait !!!” Also I thought of the possibilities of persuading mom and dad to arrange my marriage immediately I am done with College. But also felt very shameful on how I am going to start speaking this topic in home !!!

Those are times, when you think of marriage as legal license for Sex. No idea of love, care, affection, companionship, nothing!

So, even after getting Internet @ home, I remained just a gamer and also a `good boy` 🙂

Apart from Internet sex sites, there was a home remedy. A TV Channel with adult content, namely FTV. Friends used to watch that also and used to discuss on that. As usual, I had the urge to watch FTV, but restrained myself from watching it. 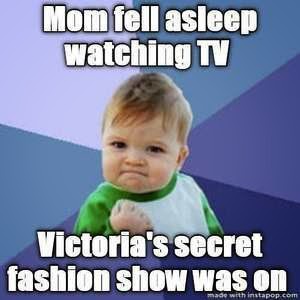 One weekend, both mom and dad was not in home and a friend came to my home. He asked me “Sai, shall we watch FTV? Don’t worry, its not at all like those Internet sites. Its just some girls walk through the stage”

I strictly said “No”.

But he got the remote from me and switched on the TV and was searching for the Channel. I am trying to convince him not to watch it and trying to get remote from him. We were arguing and on the other hand, he found the channel, FTV and said “YES”.

Then he pleaded me, “Sai, If you dont want to see, be it. But please, please da.. Let me watch it, Its a very rare opportunity for me da.” I was arguing to change the channel, but he never listened. So I turned away from the TV, took a book and started reading it, letting him continue.

For 11th Standard, I joined a new school and it was our first `Computer Lab` session. We are all standing in line to go to lab. A friend standing beside me, asked me something,

“Sai, Do you know how to use computer?”

“I only know how to open Internet and see `bit` films“, he said and continued, “Other than that I know nothing da… You teach me. okay?”

“okay”, I just giggled outside, while stomach is burning Inside, Thinking to myself, “Even in this school, people watch it. Why not me??? NO. Never. Now its just 7 years“, I assured myself.

Couple of months passed in new school and friended everyone there. Then I started preaching to my friends that `sex` is wrong and watching such sites is sinful and discouraged them from watching it and be a good boy. Most wont argue with me except a very couple of guys and one among them (Mr. V) was always supportive of Sex.

We used to hangout in a friend’s home after school, in the name of studies. We study very few days, and on most other days, we used to play games in computer and just chit chat.

One fine day, I went to his home early than the other guys. He told me that he had a very cool video. I asked him what it is? He didn’t tell me, but he opened some folders in his system and opened a video. He seeked to the middle of the video.

I was interested on what it could be and watching it. For a dozen of seconds, I couldn’t understand what’s is being shown in the screen. I was thinking and trying to figure out what it is. Then when I understood the things, I felt very disgusting, felt like vomiting and closed the Video Player !!

I exploded, shouted at him angrily and left his home. On reaching my home, I couldn’t stop thinking on that. I couldn’t focus on anything else. Even the games couldn’t turn away my attention from those dozen seconds of frames.

I had a very mixed feeling. I felt both disgusted on watching the act, but more interested on seeing a girl nude. I felt the urge to watch it again, but without that guy doing those disgusting acts. That day, whole night I was thinking, “how to get another chance”?

I really wanted to watch it again. But was thinking what he will think of me, what others think of me? My own Image (as a good boy) stands in my way now !!!

Couple of days passed. I couldn’t resist anymore. Without much thought, I asked him while in school, that If we could watch `it` again. I also requested (almost begged) him not to tell anyone. He agreed!!! I was soooo happy from the bottom of my heart and felt like I am going to heaven 😀

After school, I visited his home. I told him that I dont like to watch that guy, but only that girl. He started the video, but we couldn’t watch fully as his mom was in home, working in the kitchen and she might come to our room anytime. We saw from the beginning. IT WAS AWESOME. The girl slowly removing her clothes and revealing herself. WOW. I FELT LIKE IT WAS THE GOLDEN PERIOD OF MY LIFE. No words could express that satisfaction, that happiness, that feeling. It was sooo awesome, watching it for the first time in my life.

Because of the circumstances, we couldn’t watch it fully, not even 5 minutes. But those couple of minutes, I felt awesome. He also promised me that he wouldn’t tell anyone. I felt happy, fulfilled and also much guiltier. So I promised myself that I have experienced it once and so I should wait next 7 years till the real thing happen. No more videos till that.