Gender Discrimination at its peak

1 Mins read
5
0
Share
There is a immense national outcry happening right now regarding the atrocious incident happened to  a Medical Student in Delhi few days back. Peoples and Students organizing strikes, protests happening everywhere to support the victim and to severely punish the monsters who were responsible for this cruel act.

Meanwhile when I opened Facebook yesterday, I found a rather interesting post with 100s of comments that truly reflected the mindset of fellow male chauvinist citizens of my country, India.

The picture depicted a girl smoking a Cigarette and the comments posted were truly disgusting, but rather reflected the true mindsets of people in my country. Some says, 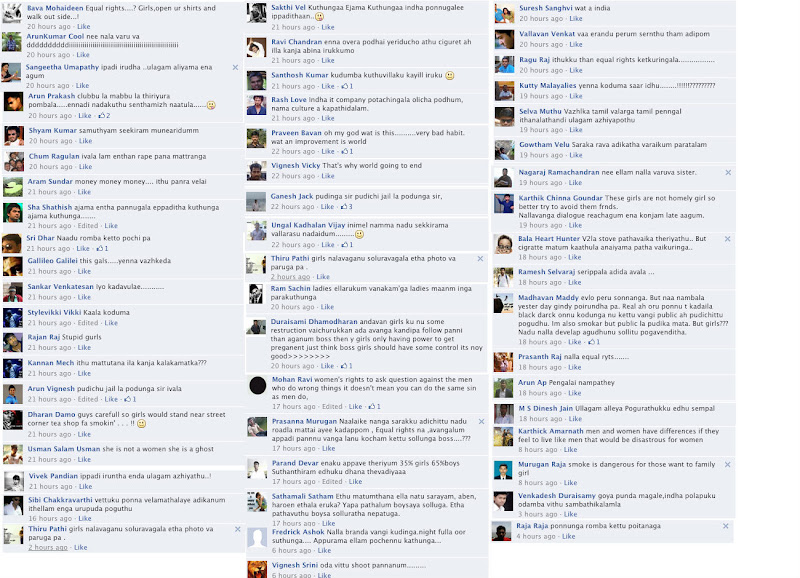